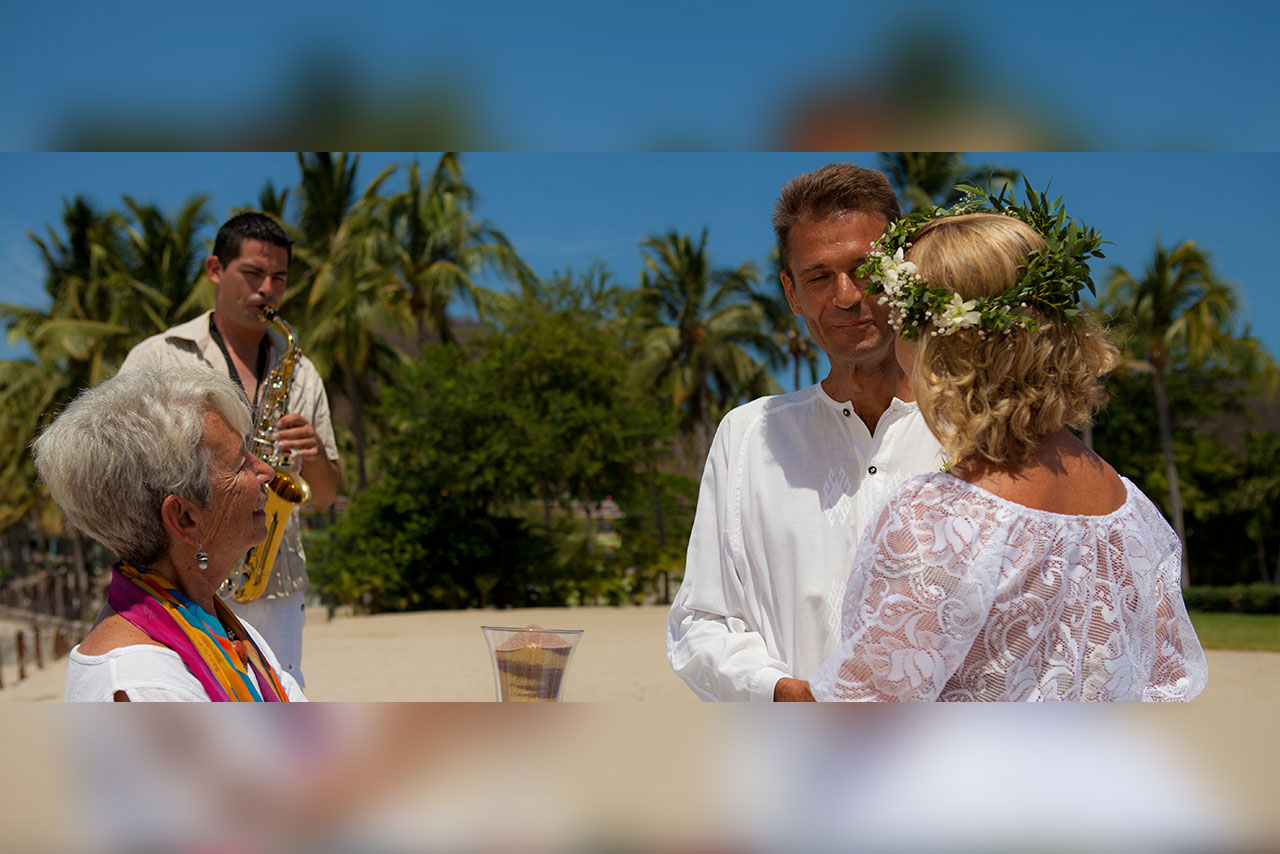 Couples need to complete the cooresponding paperwork depending on the ceremony of their choice, prior to the event. Please allow us to assist you during this process and make sure that all the required paperwork will be taken care of on time. This will allow us to guarantee a stress free wedding experience.

The Civil Ceremony is performed by a “Justice of Peace,” this person is usually a representative of the Civil Registry Office. In most cases it does not exceed 20 minutes, and it can be held at the location of your choice. The certificate of civil marriage has legal validity in Mexico, and it can also be validated in other countries, as long as the requirements and laws of the original country are fulfilled. In order to celebrate the Civil Ceremony, both bride and groom must be single. In case one, or both are divorced or widowers, legal documentation must be presented to the Civil Registry Office to attest to it.

In order to get legally married in Puerto Vallarta you will need to start the paperwork process at least 2 months in advance.

Here is a list of the requirements you must comply with to get legally married in Puerto Vallarta:

All foreign documents, except the passport, must be apostilled by the authorities of the foreign country where they were issued. Also, a Certified Translator must translate the birth certificates into Spanish.

We will arrange for a copy of the marriage license to be sent to you immediately after the ceremony. The translated and final license, which has international legal validity, (including in the U.S.) can be requested and be mailed to you within one or two months after the wedding.

Note that if you have been divorced you will need to wait at least one year before remarrying.

Please also note that if your time is too limited to comply with these formalities, you may, by all means, still opt to have a beautiful symbolic wedding instead.

The most common is the Catholic ceremony and this one is generally held at a church, under the requirements and rites of the religion. The ceremony is considered a Sacrament, and it is performed by a priest. It can last between 45 to 60 minutes. Certain matters need to be arranged previously in order to fulfill the rites that the Catholic religion establishes for a religious ceremony; these may include the rings, the coins (arras), and the “tie that binds” (lazo).

The paperwork for the Catholic ceremony must be completed in the parish corresponding to your home address area. They will subsequently send a sealed and completed file to the church of your choice in Puerto Vallarta, usually within 15 days prior to the wedding day. We will make sure that the file has been received and that all the documents are in order.

The Spiritual or Symbolic Ceremony is an alternate choice for those couples that are not interested in conventional ceremonies. Couples are free to exchange their own vows and incorporate the traditions and rites that they wish. This is also the perfect ceremony of choice to renew vows for a wedding anniversary.

Finally, it is important to mention that all ceremonies can be performed in English, Spanish or both (English and Spanish at the same time). Please let us know your preferences in advance so we can arrange for a suitable Officiant for your ceremony.

A native wedding ceremony is a spiritual event based on Native American traditions, it symbolizes the union of day and night, sun and moon, earth and sun, male and female, the duality of the universe coming together as one and a true reﬂection of a couple’s inner spirituality and beliefs.

For those from another culture, this ceremony offers a truly distinctive wedding experience, some couples embrace traditions from their heritage, and others prefer a more personal approach. Either way, a native ceremony offers a unique experience that incorporates respect and understanding of individual beliefs and traditions. Since these ceremonies are not religious, any belief can be incorporated into the ceremonial, it is important to mention that the native ceremony does not have legal validity; therefore, it does not require filing any special paperwork. The only request for couples is to prepare their own vows to be exchanged during the ceremony. However, it is worth mentioning that some couples decide not to exchange vows.